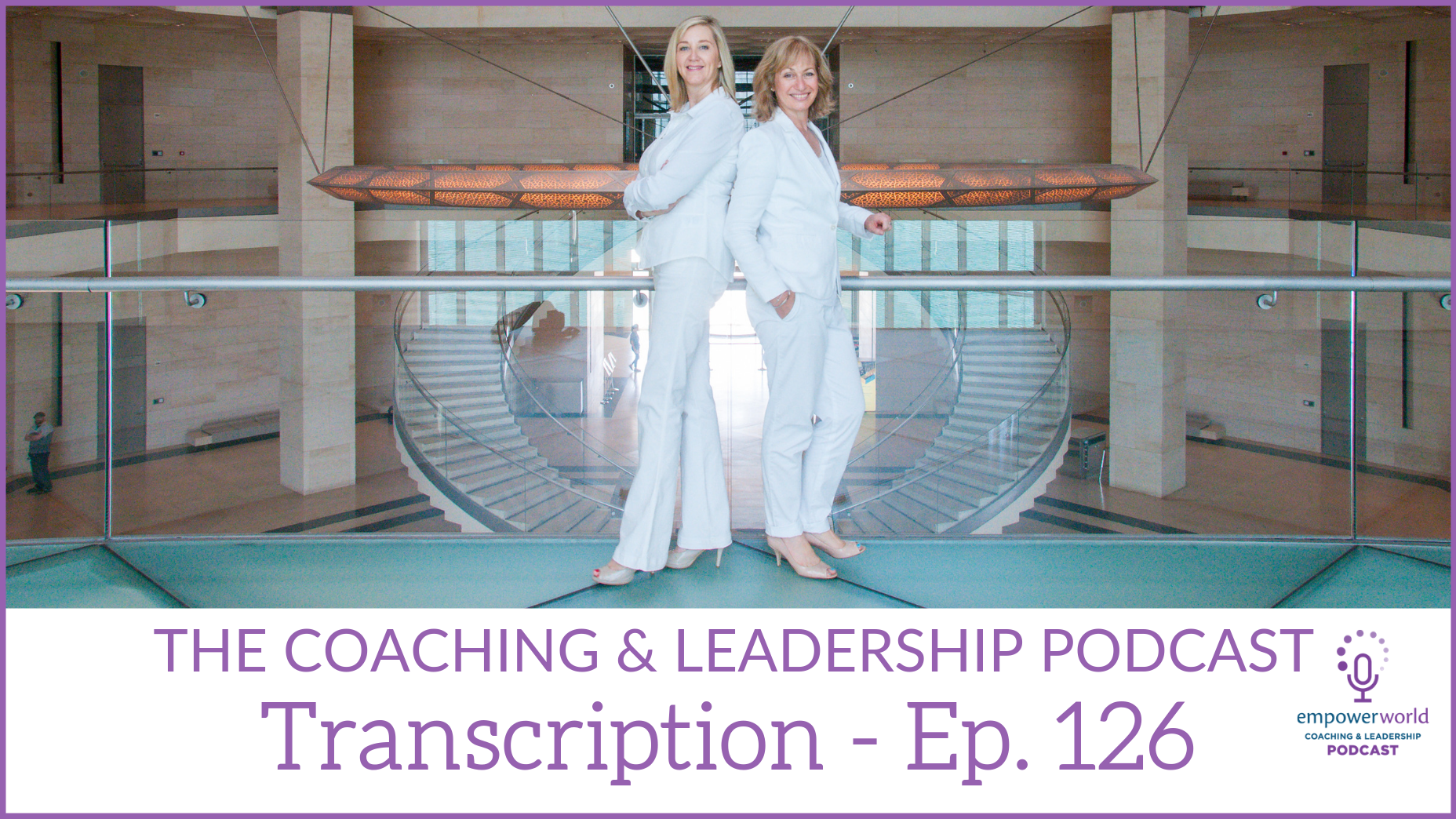 Directors and Co-founders of Empower World

Jeanine: Good morning. Good evening. Good afternoon. Wherever you are based in the world today. I am here today with Mary Quigley and I am Jeanine Bailey and we're here today to bring up a topic that both Marie and I have noticed that is coming up in our supervision calls that we are having with our coaches as our clients. And in our supervision, part of our role is to support the coaches to really understand who they're being as a coach, and what it is that they would like to do differently and to be even better - to be the best version of themselves as a coach. And one of the patterns that we've noticed with our clients is that some of them bring to supervision that they have a challenge in relation to being a client's best friend or a good friend. And so in that space, they're finding it perhaps difficult to challenge their clients to really support and stretch them to go beyond - think beyond what's coming up. So it's been an interesting topic that has come up. What are you finding Marie?

Marie: It has. It's interesting how many times it's popped up and what the coaches as they're reflecting in supervision what they're noticing when they watch themselves is that they're sitting back in their chairs, they're all relaxed, maybe there's a cup of coffee there, or maybe that it's not even a coaching space. Sometimes it's in an open place where they might meet a friend for coffee and then the coaches are noticing as they are observing themselves, that they're not fully present. They're getting curious about the details of the story, they're wondering if there is any relationship that they themselves are finding themselves in similar, so they're thinking of ways they could share with their client how they have got similar experiences going on. That sounds very much like a friend having a conversation doesn't it.

Jeanine: It certainly does.

Jeanine: Yeah there's seems to be a perception that if I do challenge, I'm going to break that connection and so that's another element that I'm noticing as well with the coaches that I've been working with. And a lot of it comes back to the ways of working and the setting it up to something like - I'm just going to put in inverted commas "educate the client what the coaching is really about and setting ways of working to support them to recognize about stretching and challenging and it will be an uncomfortable conversation. And had also set themselves up to be in that space and place of presence.

It's time to pay attention, wake up and look at who their being is a coach, a professional coach that is about really stretching and supporting their clients. When we're doing our job well as a coach, we are creating an uncomfortable conversation because they're going to places that they've not been before and that creates discomfort because it's outside of their comfort zone.

Marie: Yeah. And I think it’s interesting because the new coaches who are doing a lot of pro bono work mainly feel like they can't step up because they're not official coaches yet and they haven't exchanged any form of energy which we call money. So, there's a kind of unease, that this is somebody I know, so how do I challenge them. And then there's the coaches who think well these people are paying me money so I've got to be nice to them, how will they feel if I challenge them? Maybe it'll upset them.

And of course, there is a way to challenge somebody, that is powerful, yet in a deeply supportive way. And actually why would somebody want to come to coaching if they're getting somebody - a thinking partner – who is on the same perspectives. People come to coaching because they want to create a shift. They want to see something from a different way.

Jeanine: Yeah absolutely. And so as coaches it's a number of things to be mindful of. It's about the setup, it's about the ways of working, and it’s the education process of what this is about. And maybe it's even bringing in a little bit of that neuroscience or the awareness of the fight or flight response - the amygdala response - and it's getting that permission to be able to stretch and challenge in the interest of the client's best life.

Jeanine: So in terms of what happens I mean like I say there's so many things that can happen when people are in that place and there's the freeze response as well so fight flight freeze. So when someone is under threat when they perceive that there's a threat even though they're potentially isn't a threat, logically but it's coming back to that primal instinct of I am under threat it's triggering fears perhaps I am not good enough. Perhaps I am not loved or belong or I might have to step up into success and take responsibility. So, this primal fight flight freeze, as we know it's there to protect us from physical danger. But it doesn't work so well with our thoughts and in fact often it interferes with how our thoughts are able to clearer long term and from a place of non-threat.

So when that response is triggered, people will either decide to fight their way through the fear - that might mean a physical fight or a verbal fight - or they will freeze - they will say nothing, they will stay strong - so to speak: don't rock the boat - or they will flee and they'll walk away, they won't confront whatever it is that's going on. So, as coaches we're supporting people to recognize, as part of the coaching, when that happens. And to support them to recognize - actually when I respond to with that primal response -just go with it – actually, it potentially does more damage than good. And here we're talking about our thoughts, not the physical aspect.

Marie: Yeah. And I'm just thinking if you're talking about the fight, flight or flee response that happens to coaches - when you don't trust yourself - and so you might be having lots of thoughts of fleeing the situation. And also, I can't remember, who talks about the additional response that we sometimes have when we're in amygdala hijack - please, appease people - and that can happen to coaches like: ‘oh I've got to be outgoing, to be so kind and I've got to be so sweet with my coachee, I better not upset them because they might not come back again.’ So managing that fight, flight, flee or appease response is about trusting yourself. You are ahead of your clients. You know more than they do in terms of coaching skills. Breath in so that you manage this stress response and you're able to be calmer. And also, the words you choose to use - speak to yourself with ‘you are enough right now’ wherever you are in your coaching practice, experience, journey - whatever you want to call it. You are enough. So, it's trusting that and then choosing to step up and be fully present with your client.

Jeanine: Yes. And you know going back to that appeasing. I think there are a lot of coaches in this industry. They're in this profession - most I would say - a generalization perhaps, because they do want to support people. And so it can attract a lot of that appeasing energy, which in some ways to me, it's almost like the flee response: you know I won't step up to that - whatever that challenge is - that's there; a potential challenge between myself and the client because I don't want this conflict. So, I will appease. And I think that's something we shared in some training that we did this week with one of our clients. That is one of the potential responses that's going on in the organization and therefore it's creating - in the end - conflict and lack of clarity and people not being happy, because they're not doing what they truly know they want to do - what they believe they should be doing.

So it's really important to have these challenging conversations, that clarity and as you say it's being kind to be clear.  Although it's difficult, it's going to create again a way forward that's good for the parties involved.

Marie: Absolutely. So, my last note on this is coaches - we are not here to be our client’s friends. We are here to support them to create the shift that they want and that means stepping up.

Jeanine: Yeah. And I couldn't have said it any better. So listeners we hope you enjoyed this podcast and if you have any feedback for us we'd love to hear from you and we trust that you've got value from today's session. 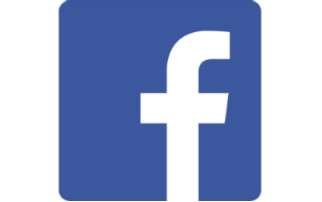 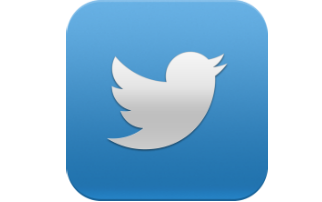 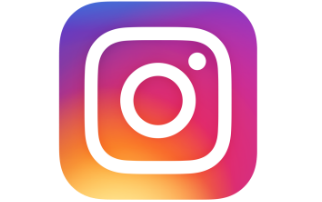 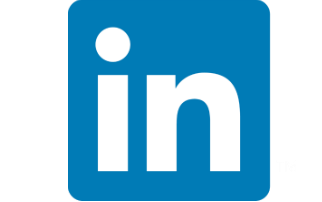 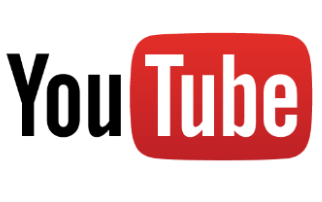